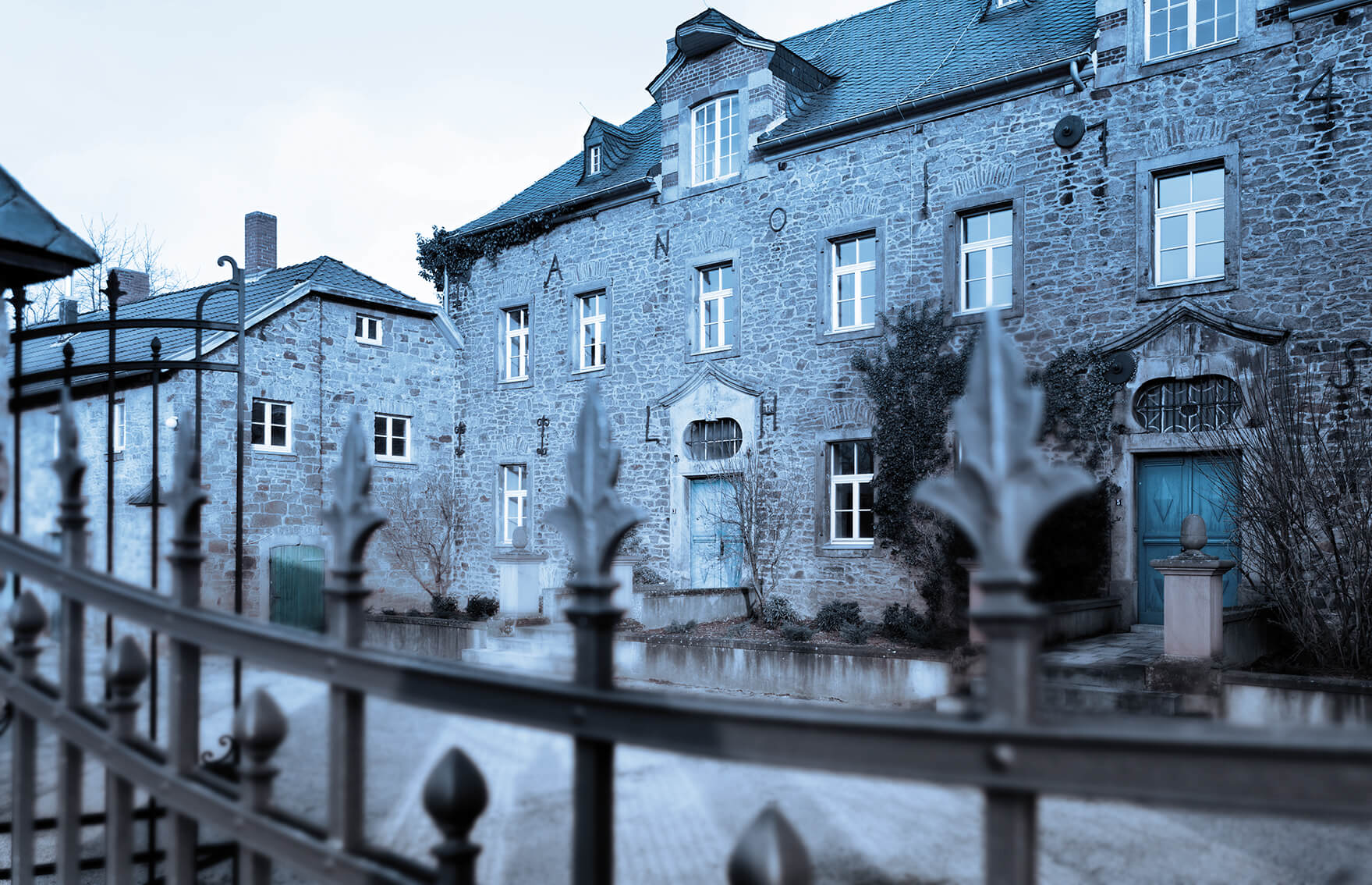 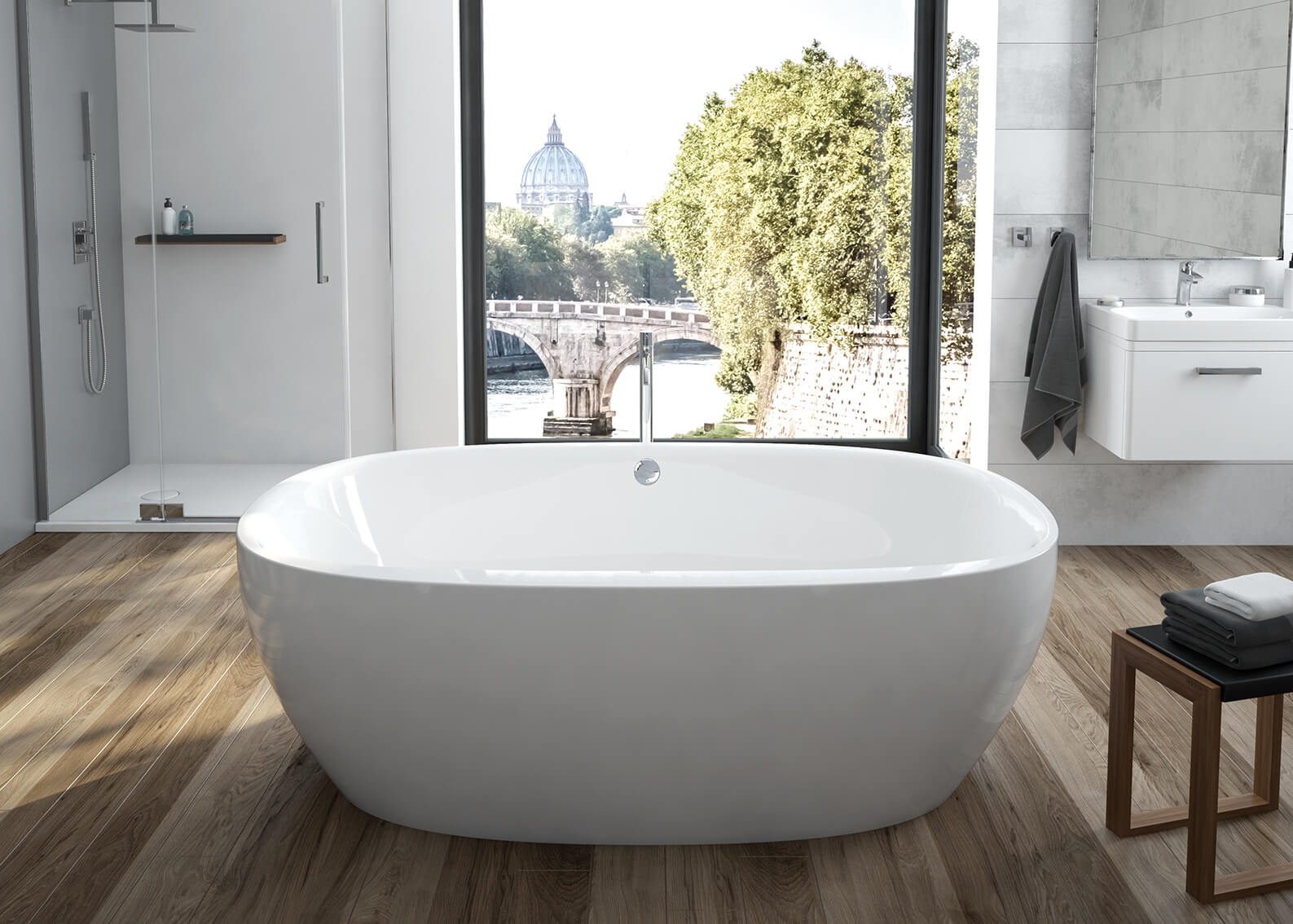 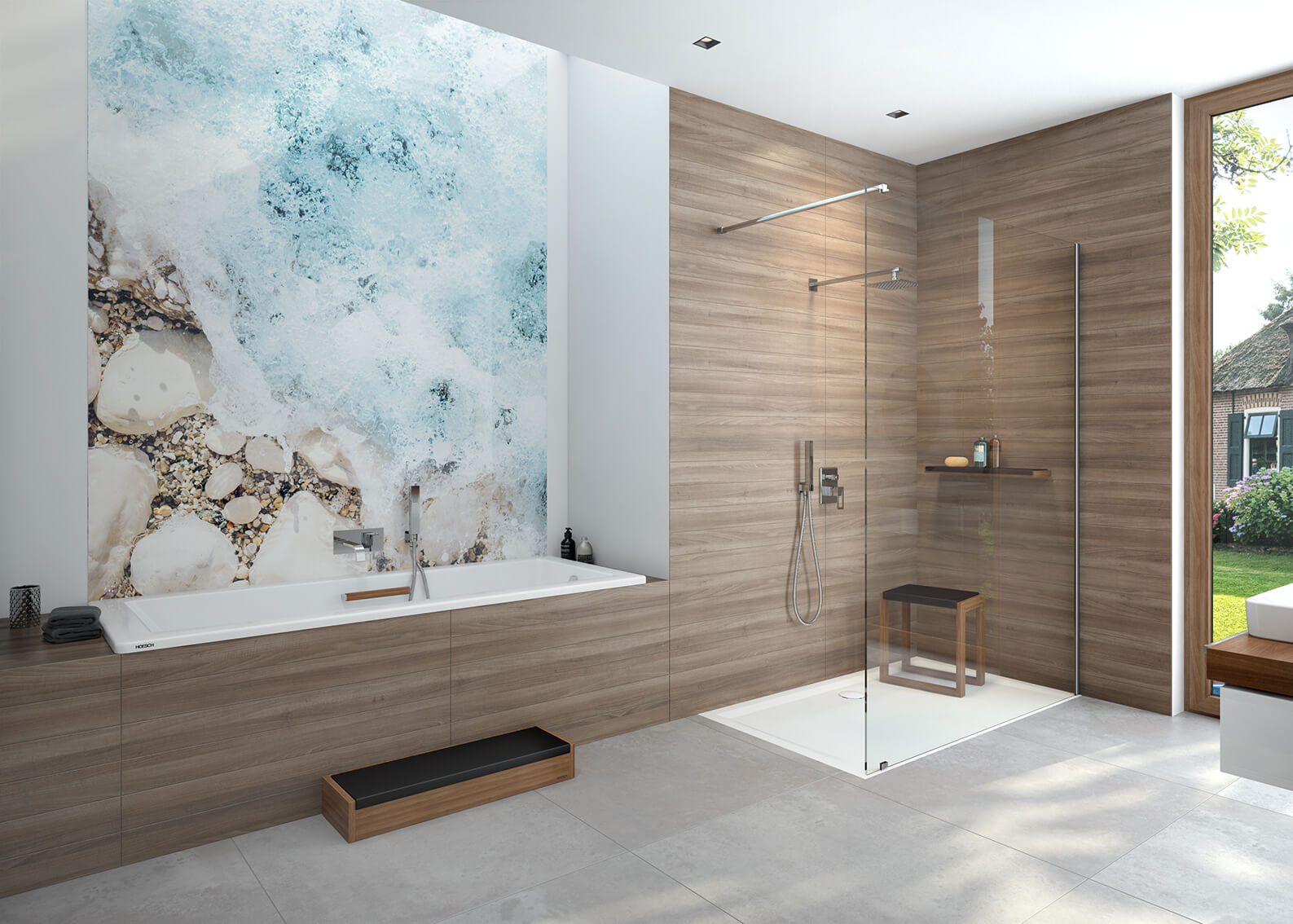 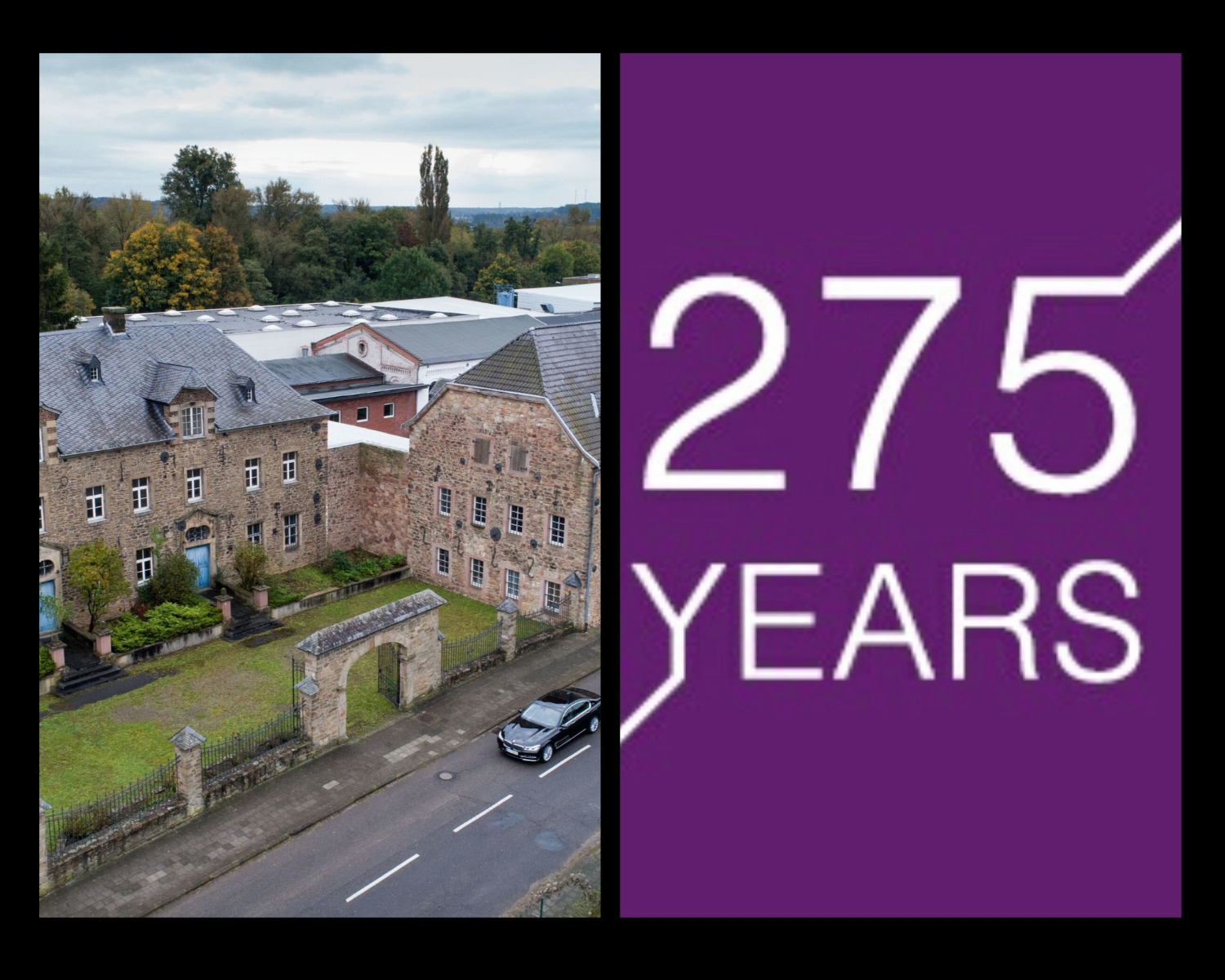 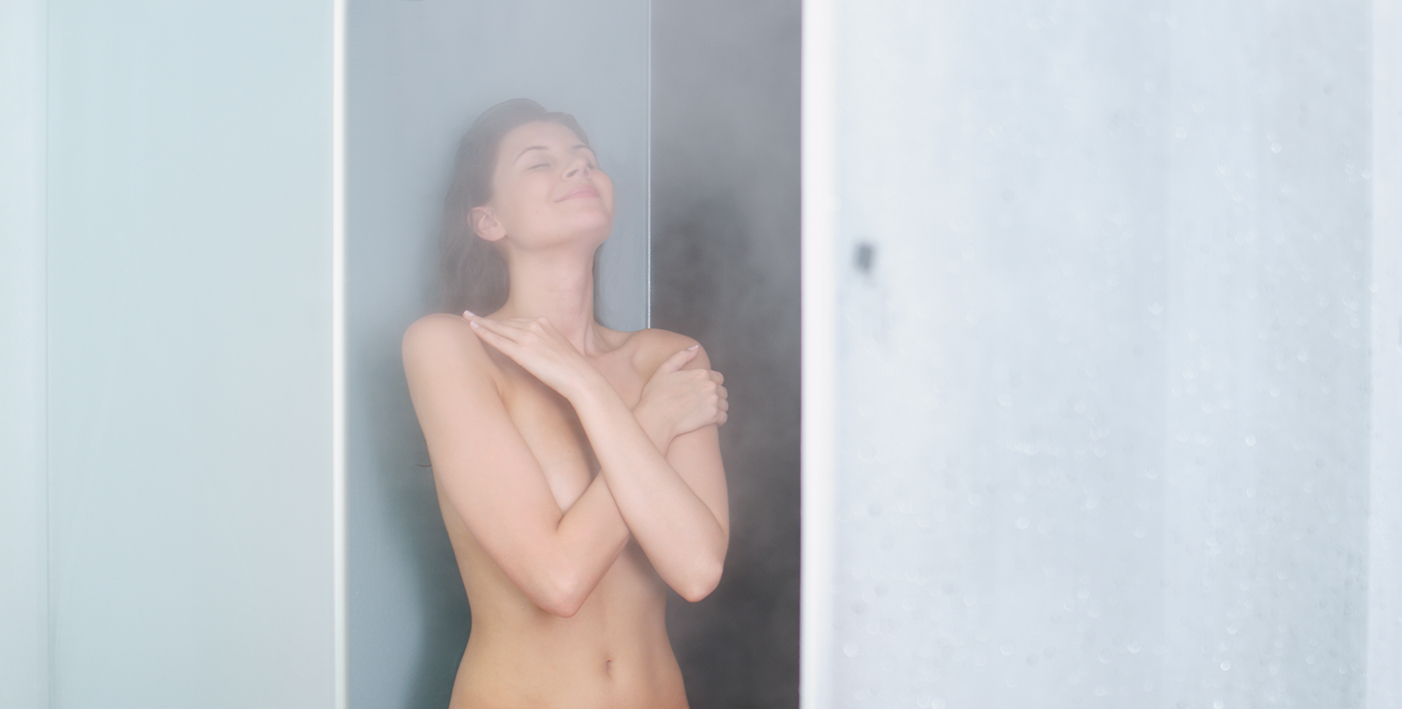 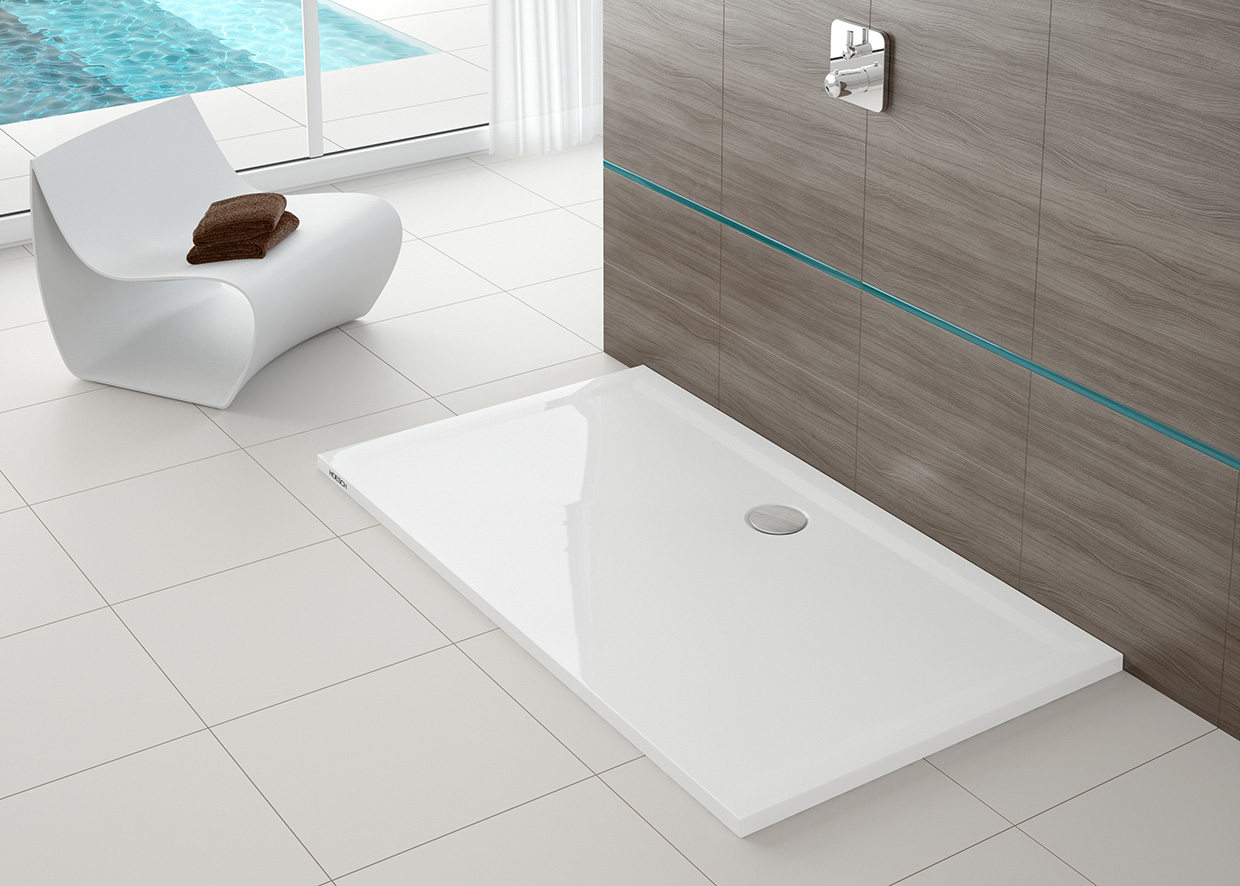 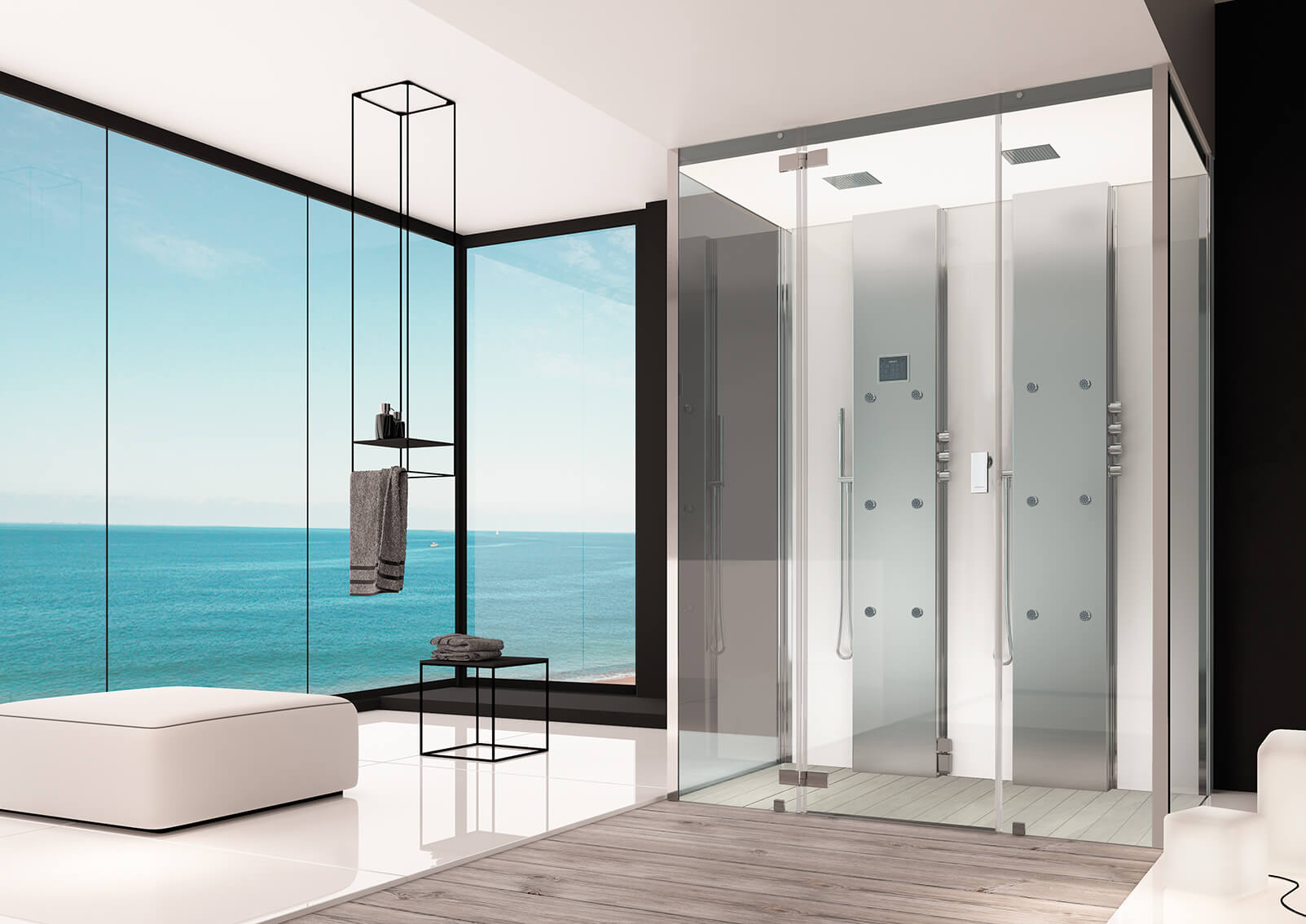 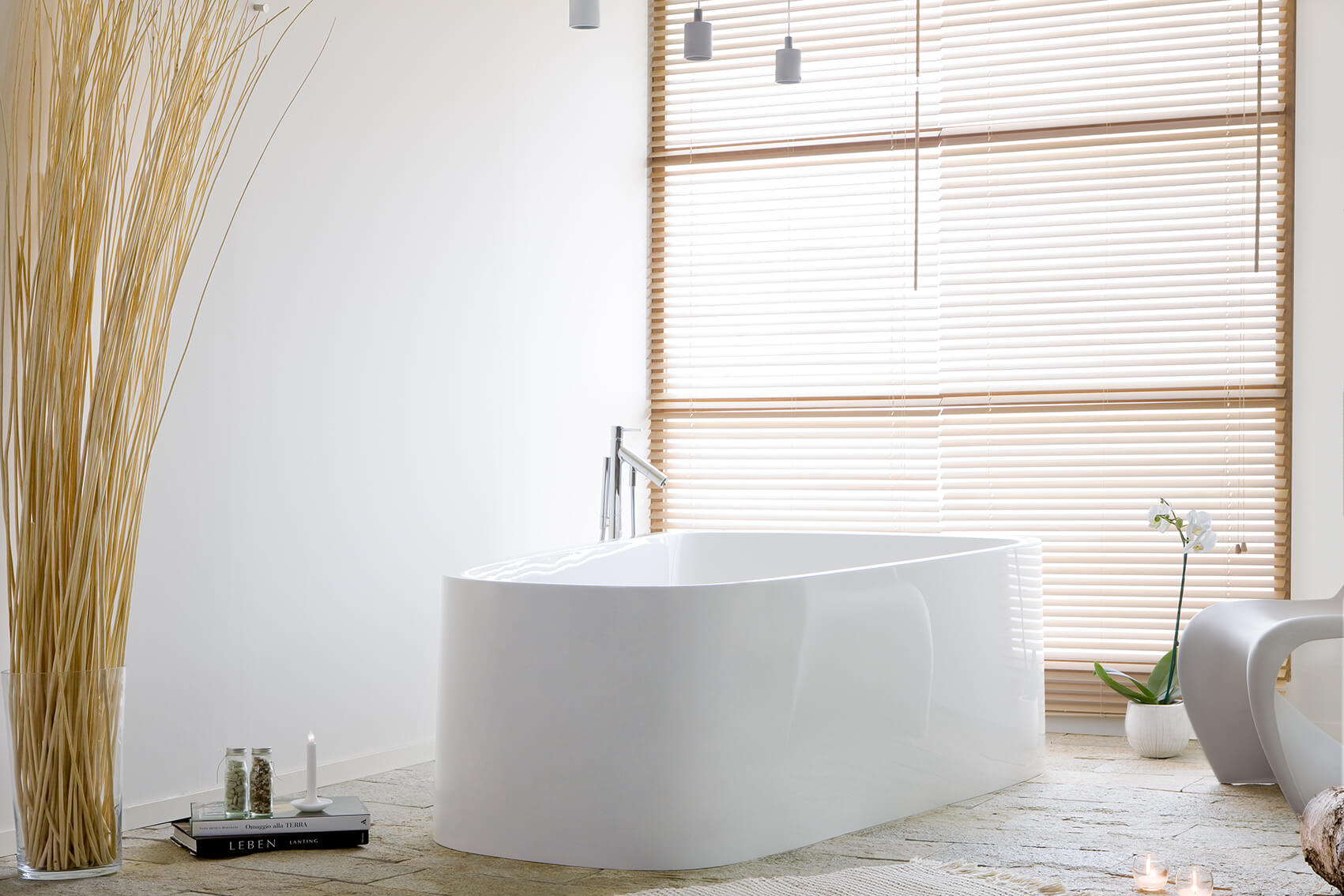 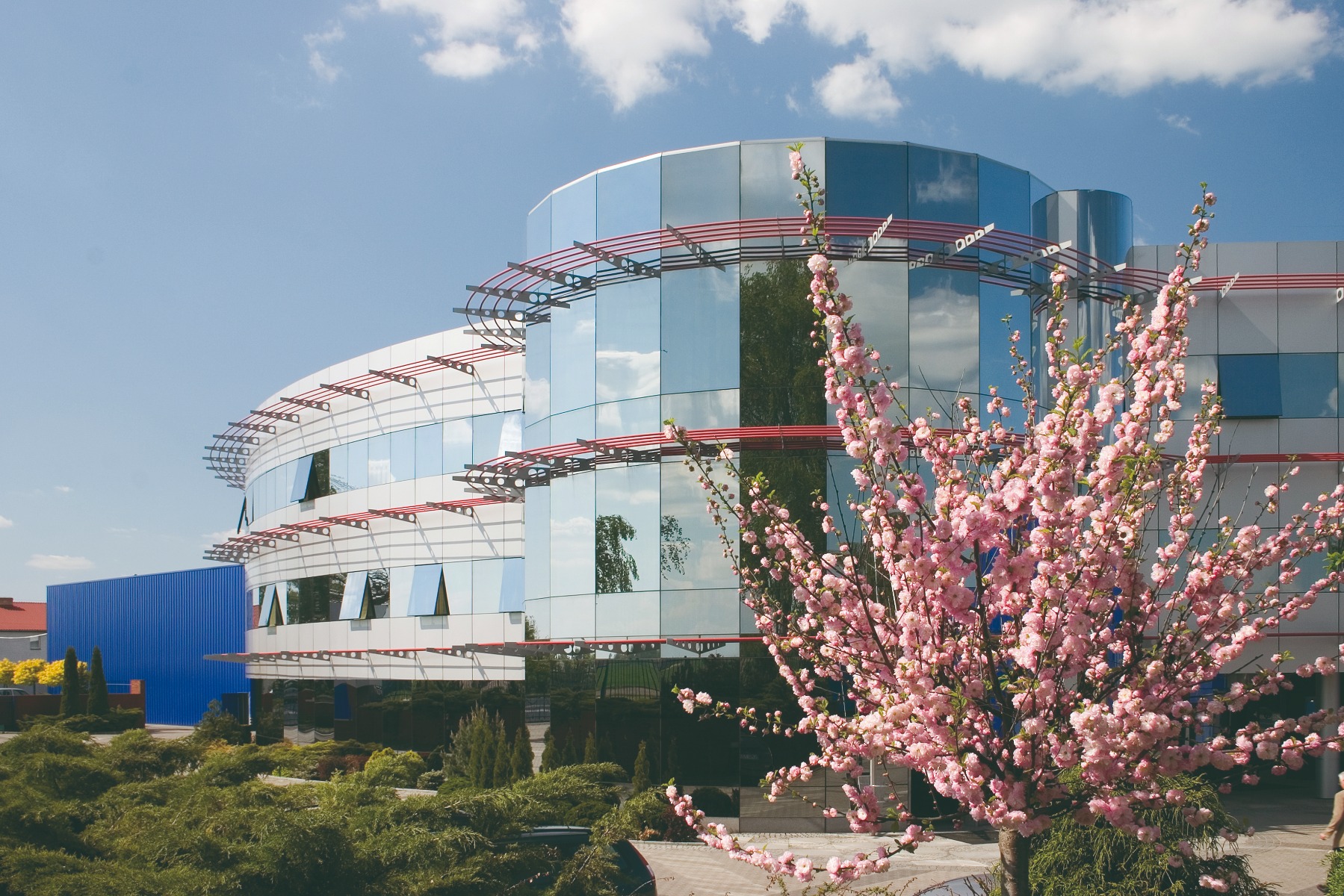 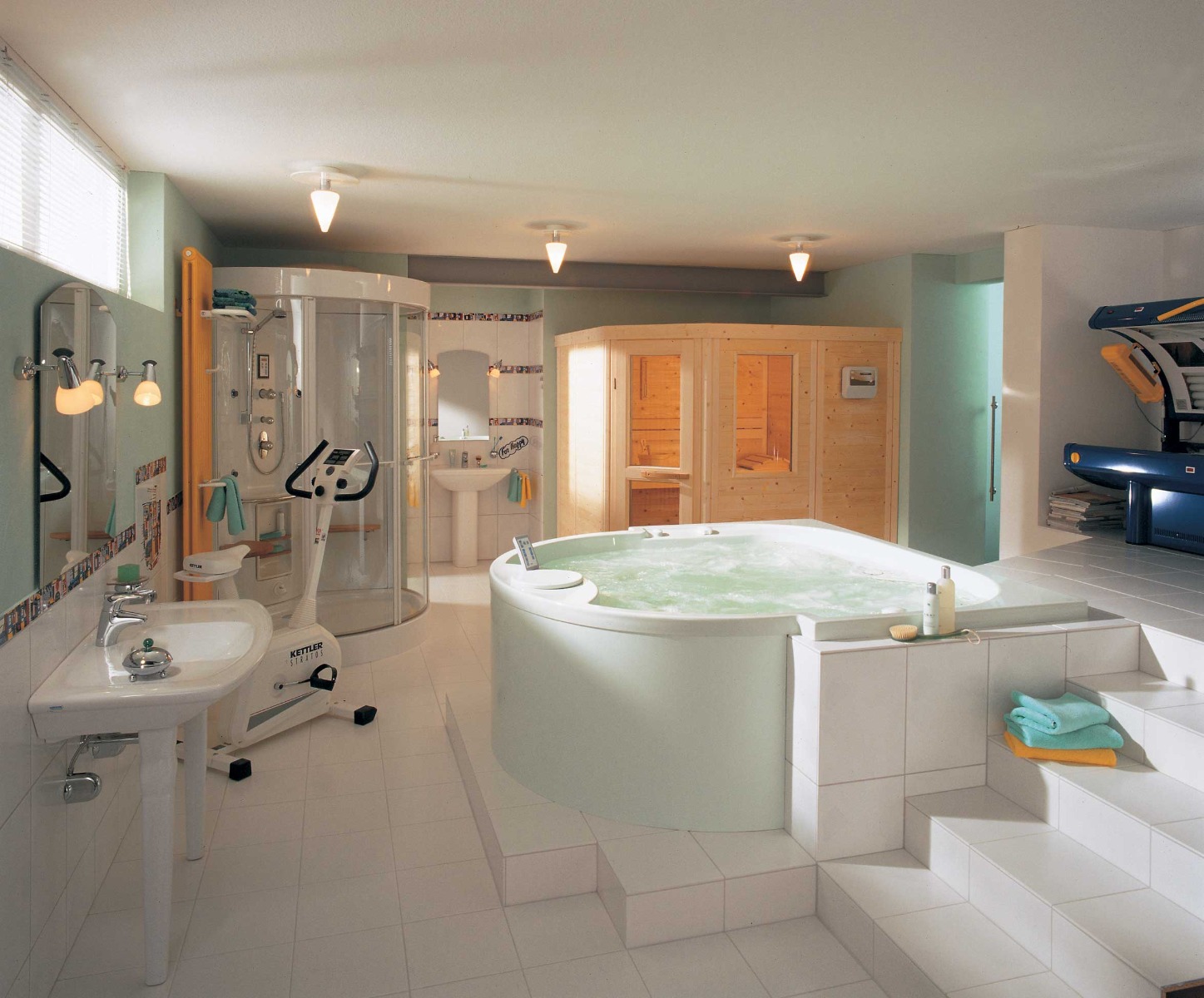 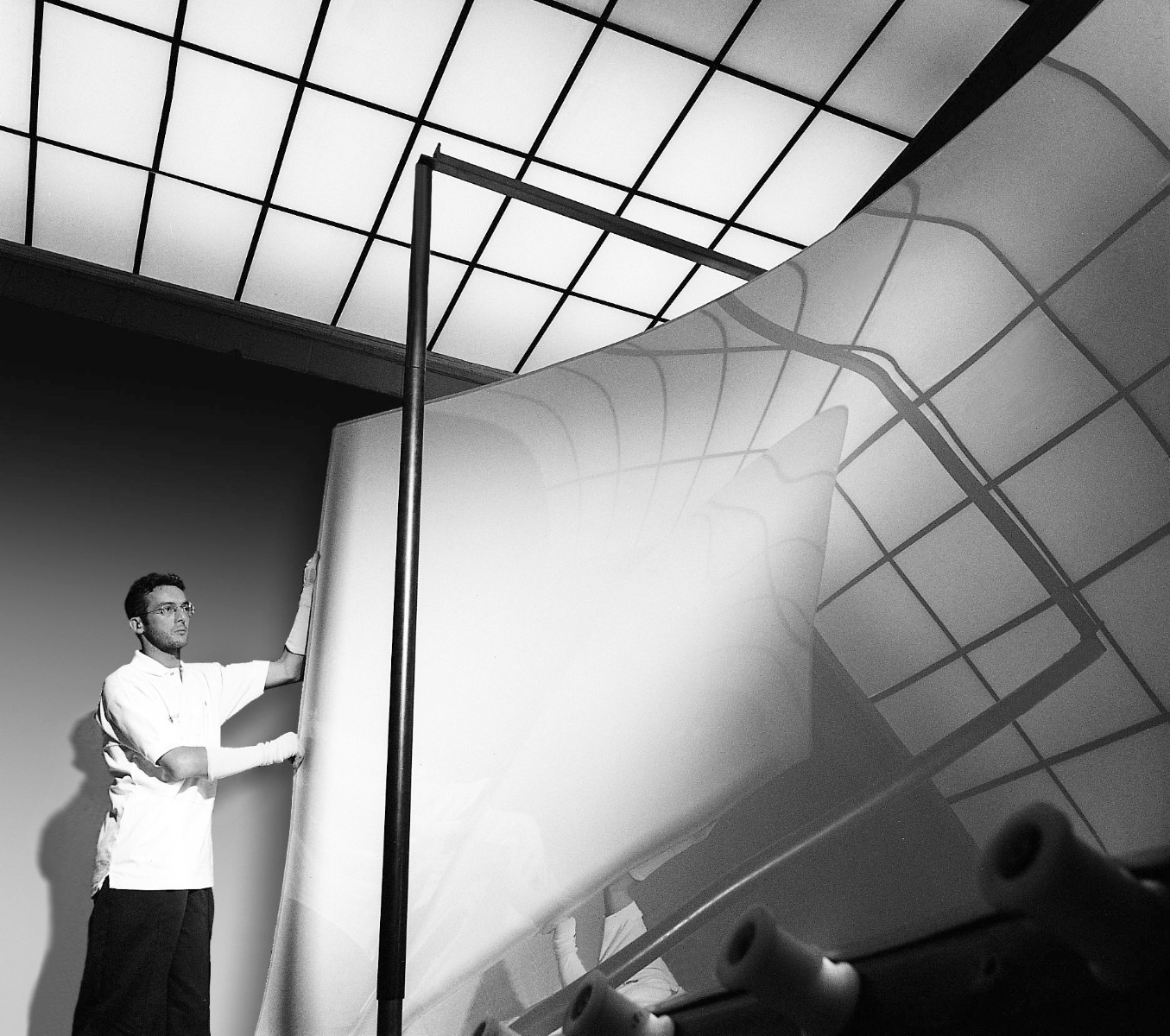 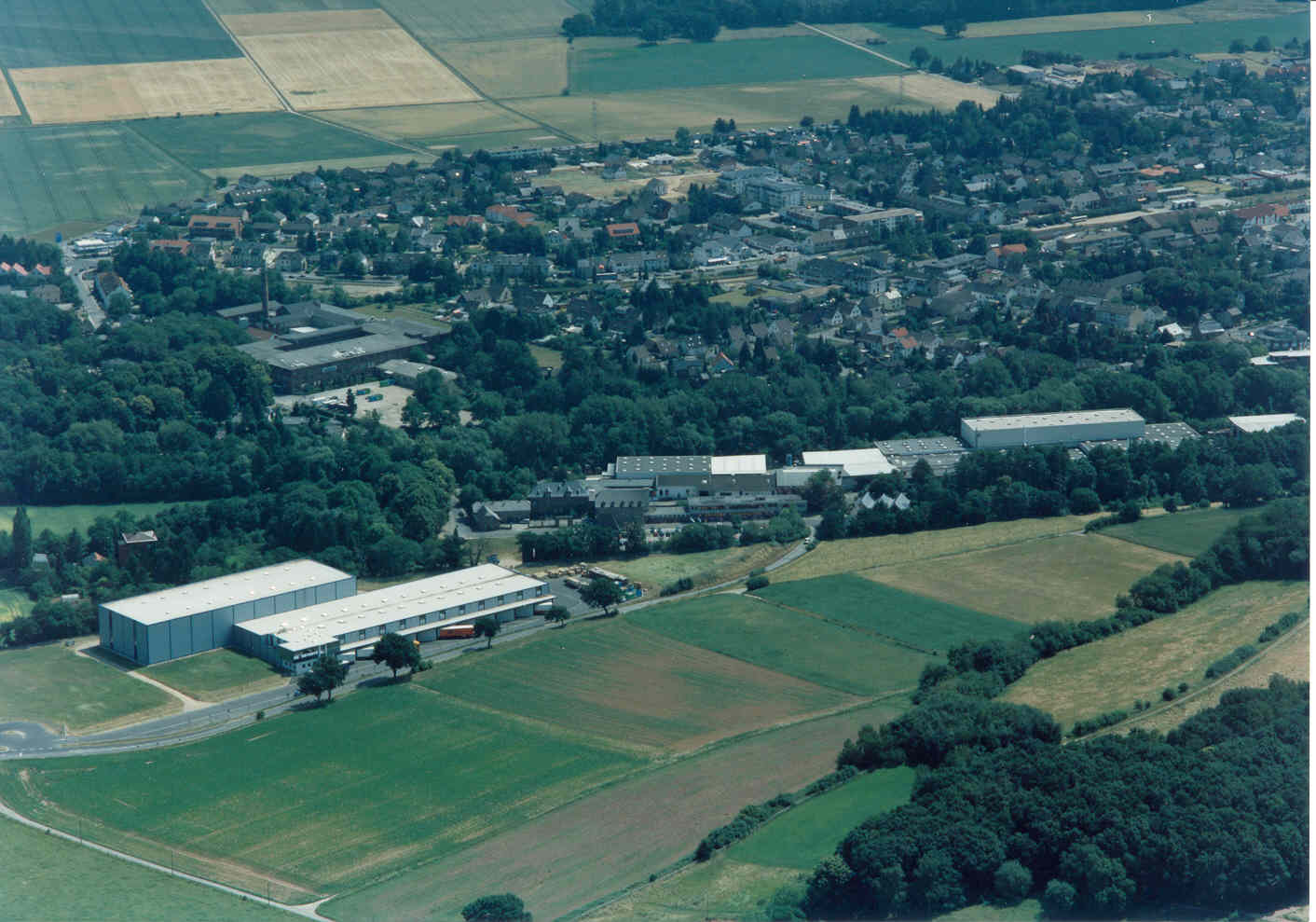 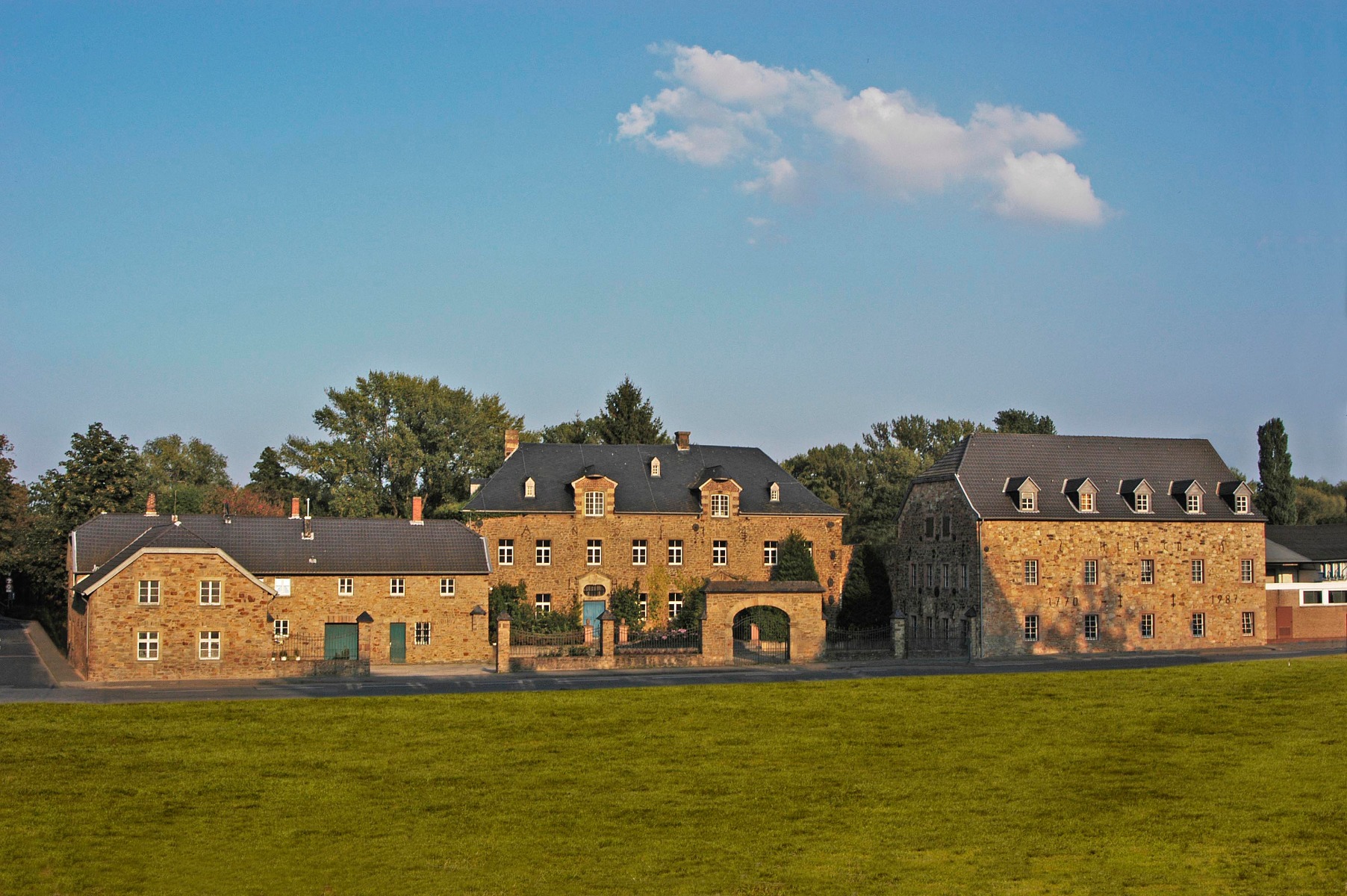 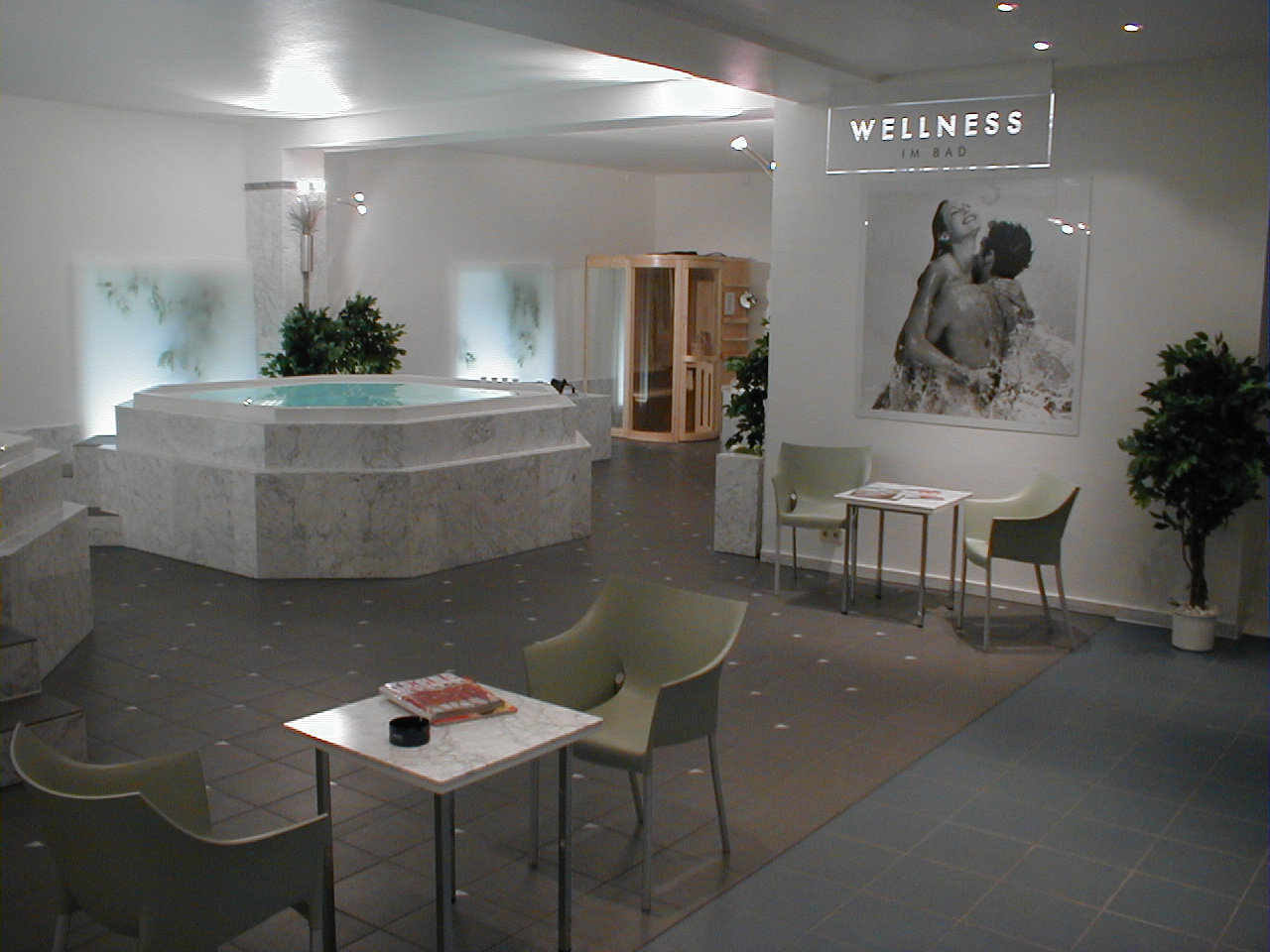 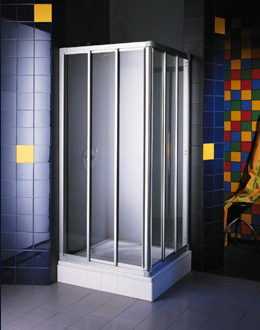 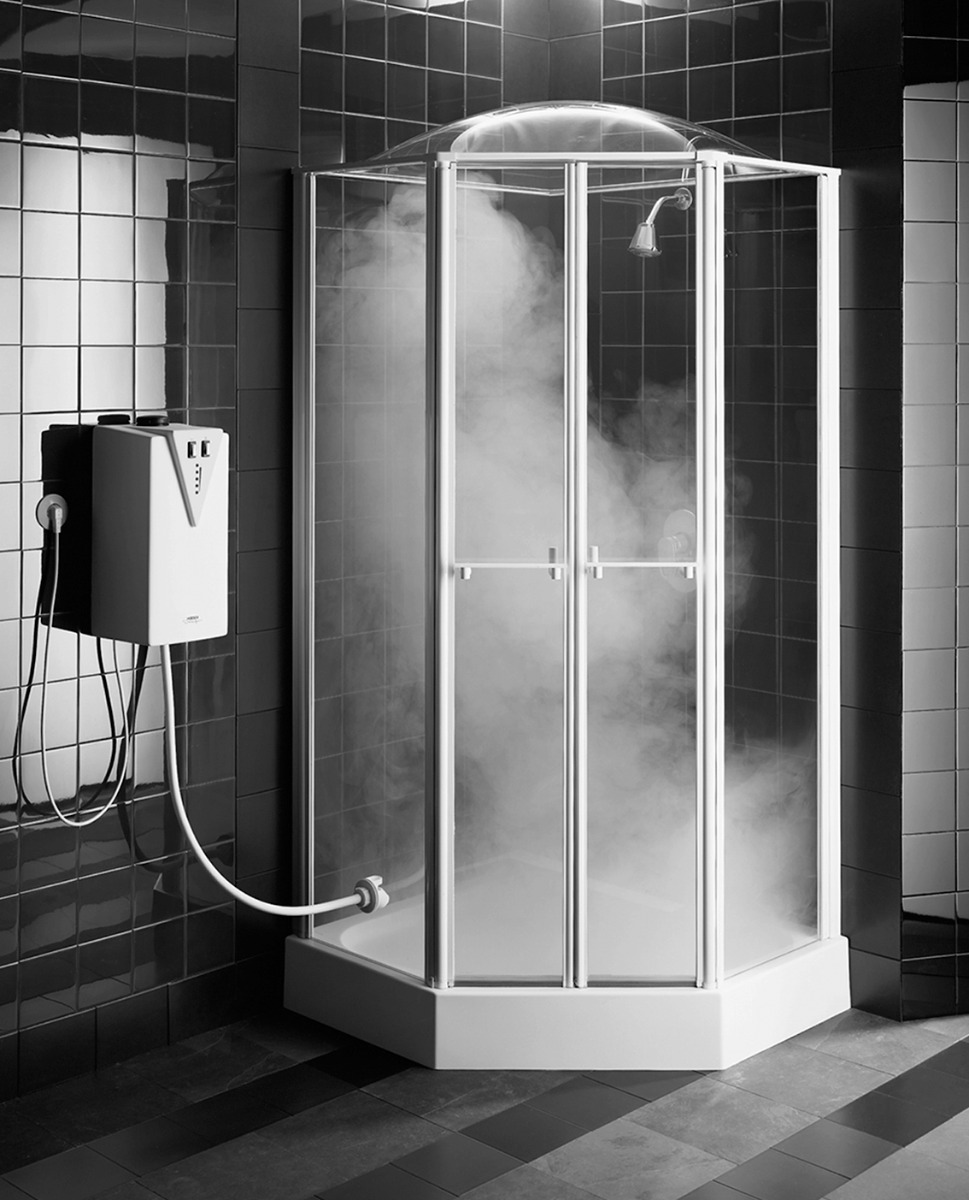 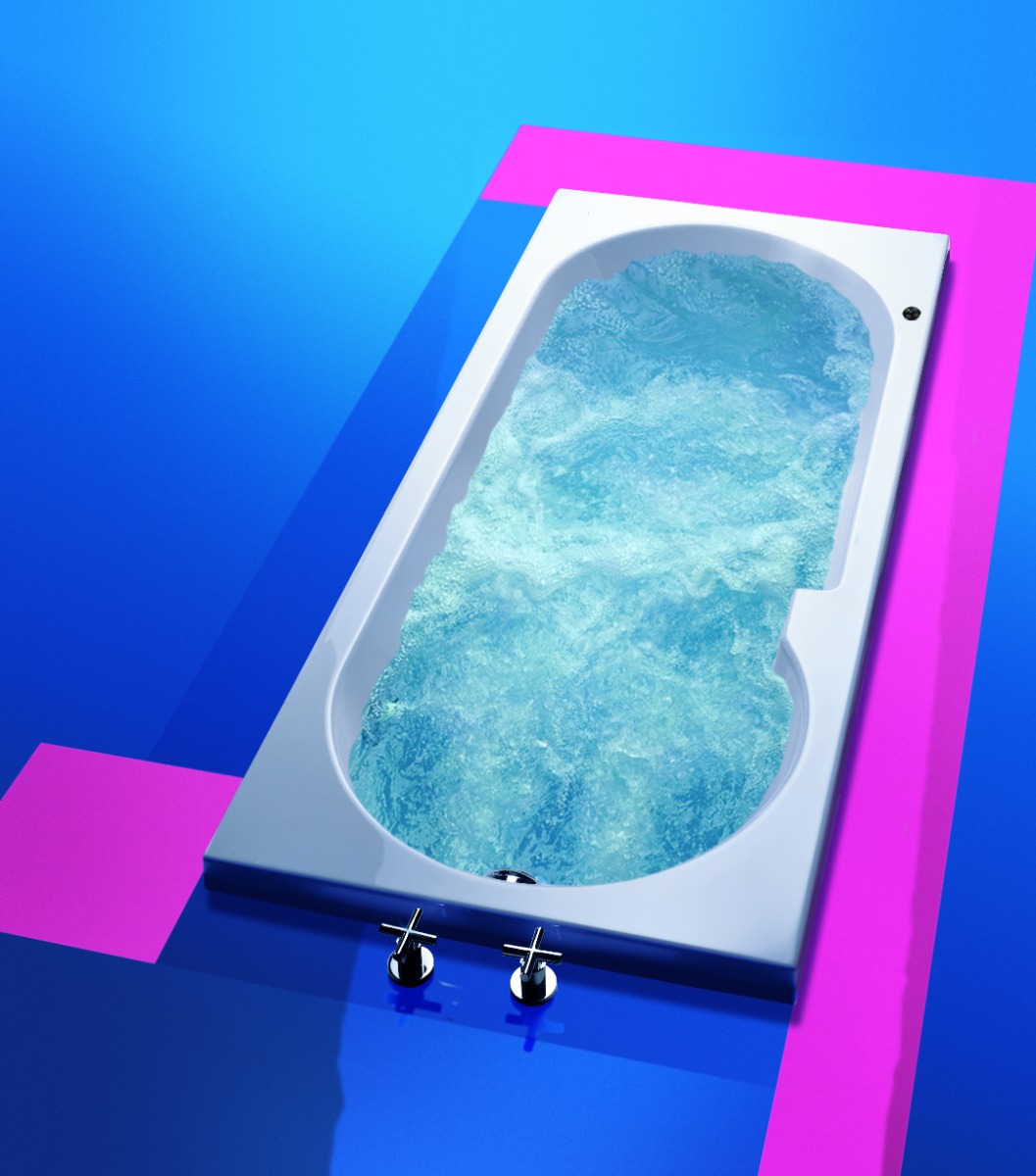 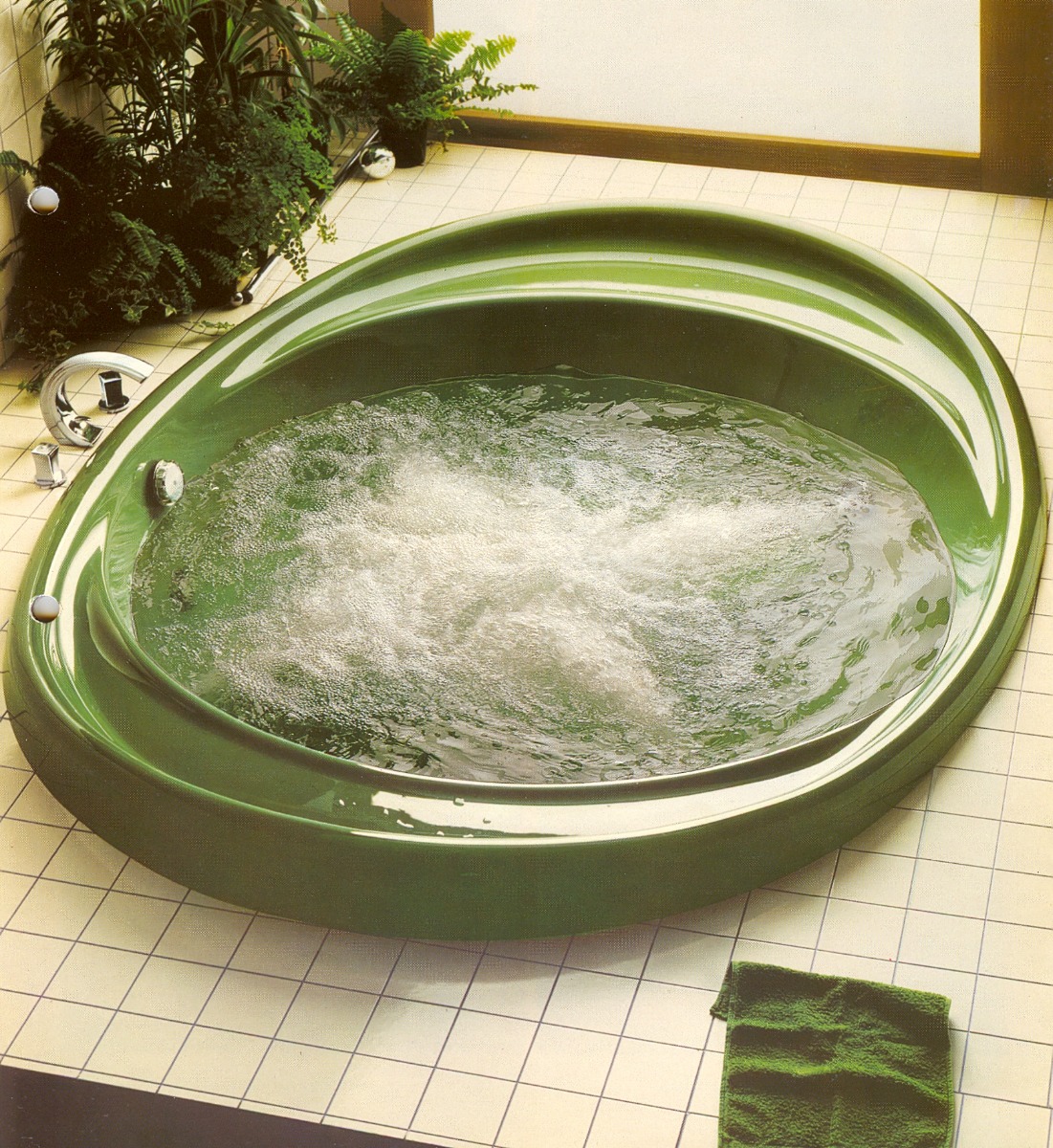 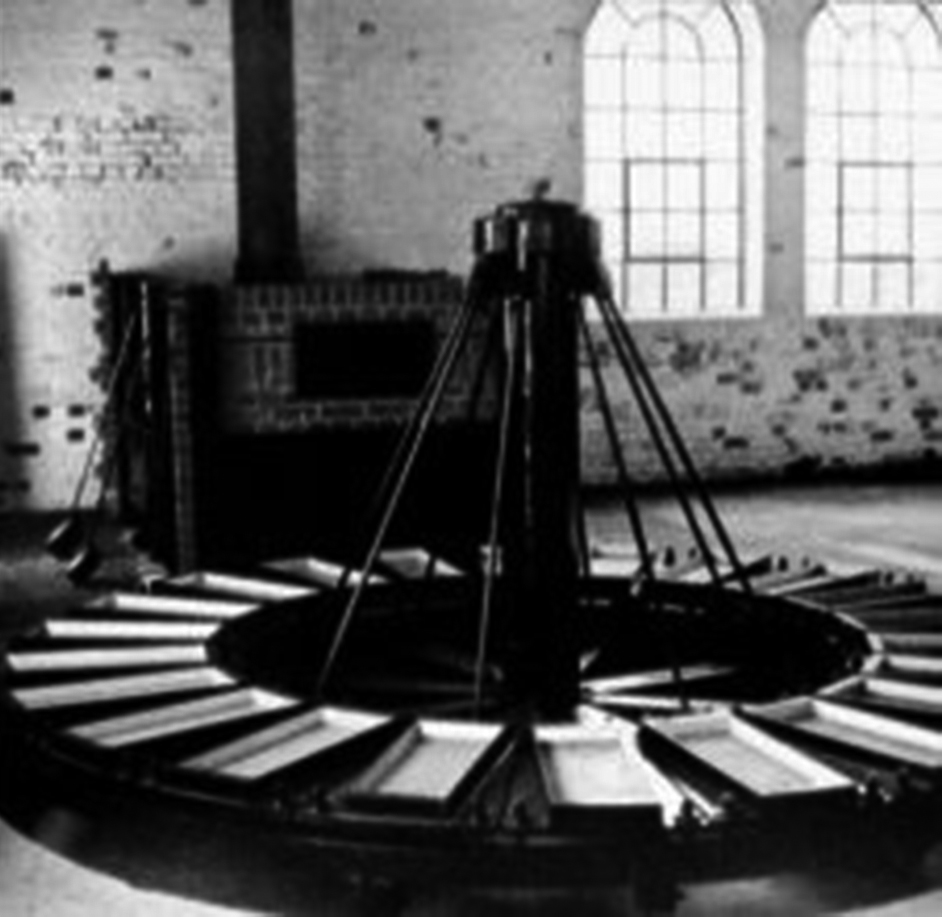 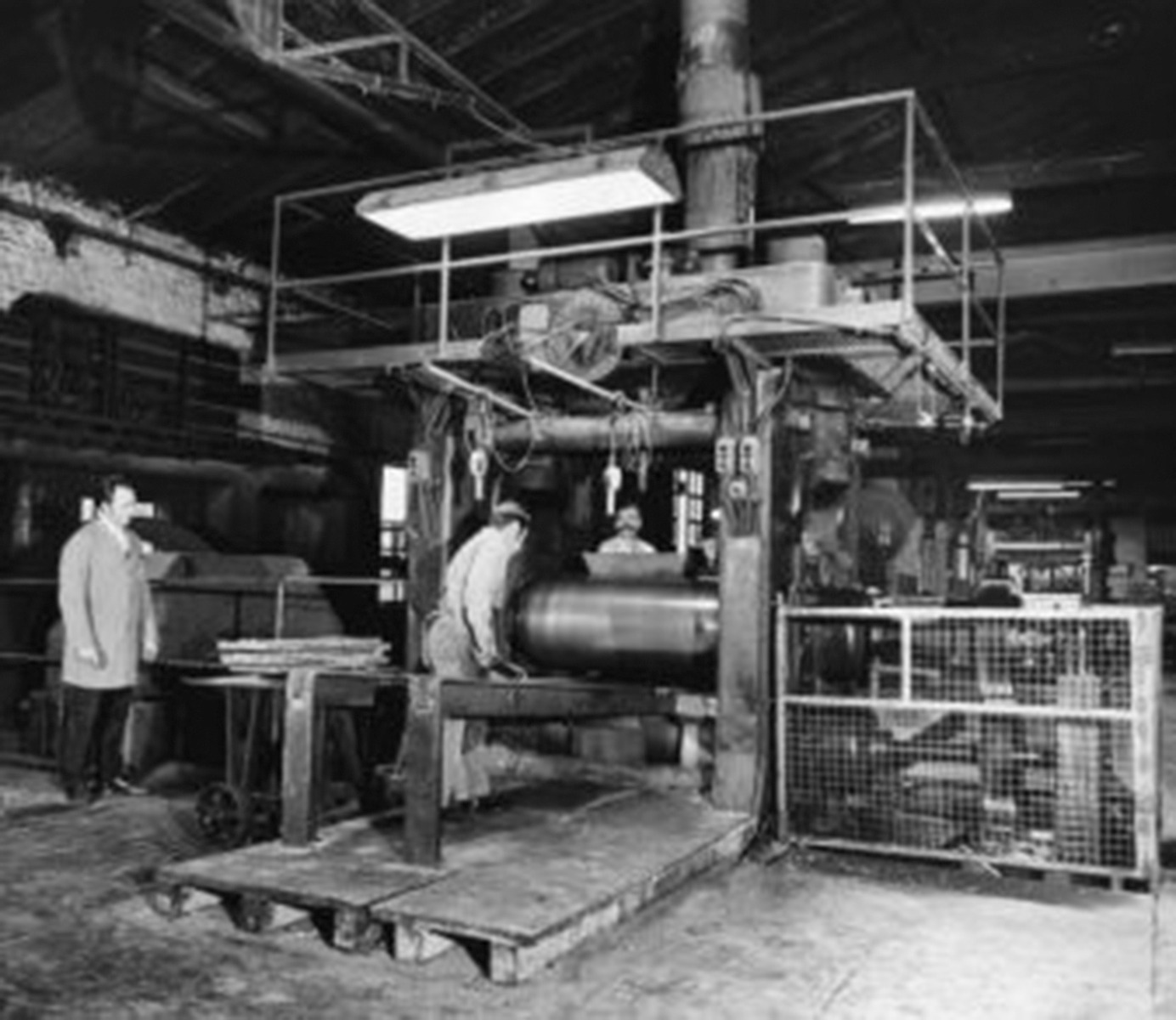 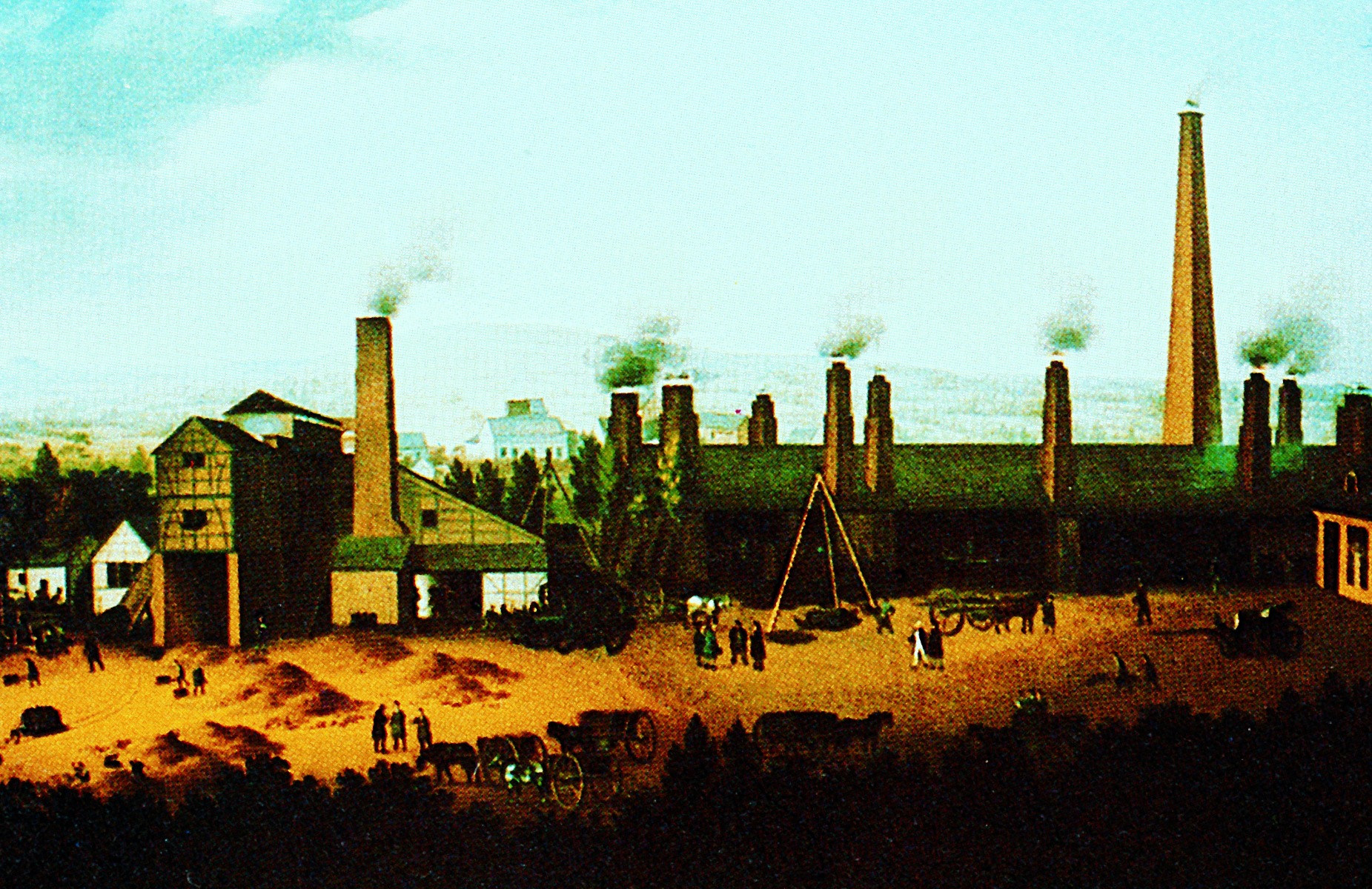 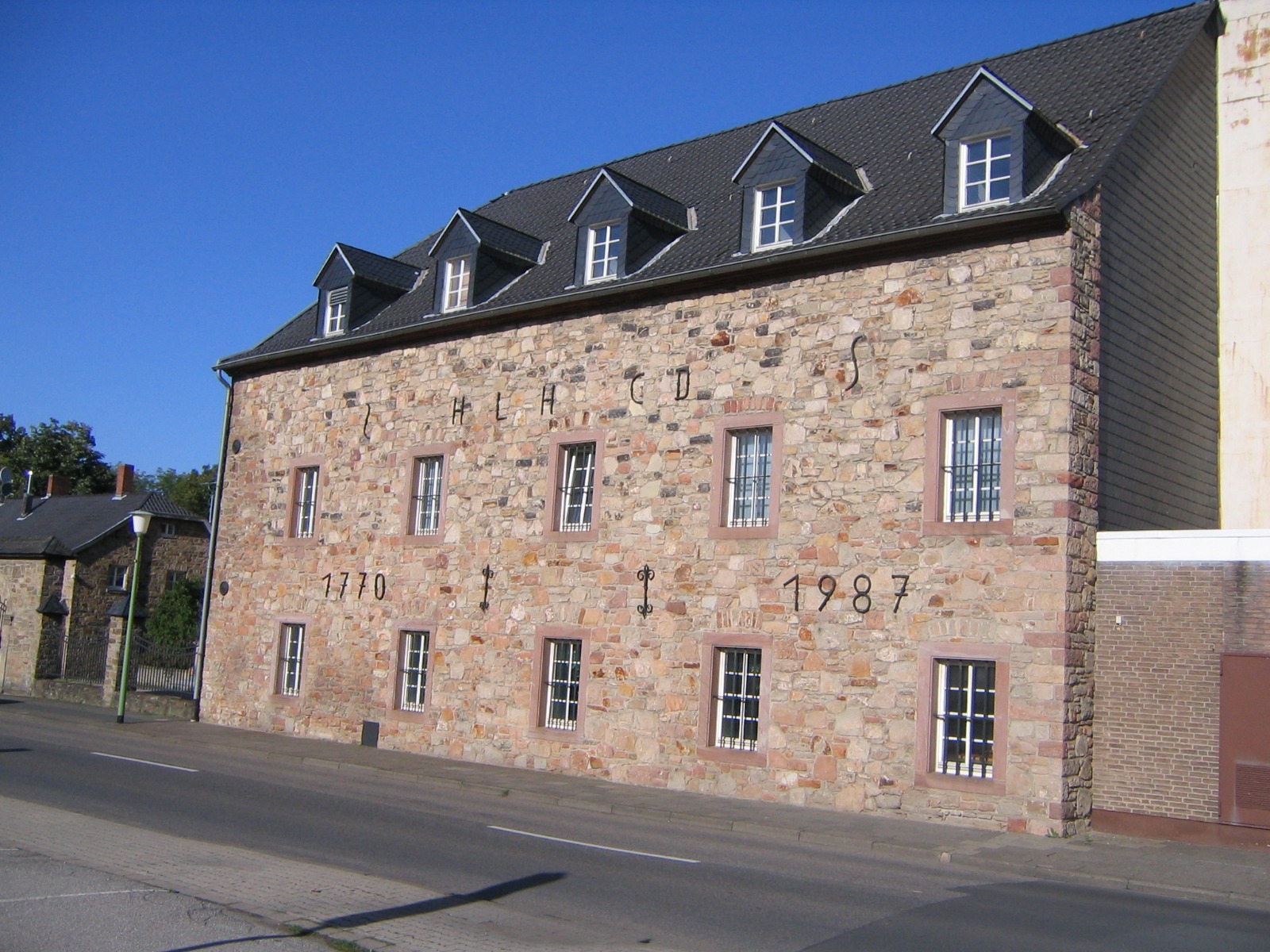 On the occasion of the ISH, HOESCH is presenting numerous product innovations: Innovative freestanding bathtubs made of SOLIQUE and monobloc bathtubs made of acrylic. Alternative shower trays in SOLIQUE: SOLA: with concealed drain NIAS: can be cut to size TIERRA: with a surface structure in stone look SensePerience: steam panel for individual steam showers.

HOESCH celebrates its birthday. The HOESCH company was born in 1742 and Leonhard HOESCH was granted a concession to build an iron cutting mill in Kreuzau-Schneidhausen.

Hoesch celebrates a special anniversary, because in 1980 the WELLNESS forge helped the Roman steam bath to a renaissance with the two series Uno and Duo. Step by step the steam showers also conquered the private bathrooms.

HOESCH introduces the new exclusive mineral casting material Solique In the bathtub product range, this means filigree and graceful creations, as well as ultra-flat but at the same time solid shower trays which - if desired - can be mounted directly on the flat floor.

The steam range is completely revised. Innovative steam baths and steam generators with numerous new features such as coloured glass roofs, aroma and music at the touch of a button or automatic descaling are launched.

Hoesch extends its assortment with complete bathroom. First, fully complex SingleBath and SensaMare models satisfy the needs of the most demanding customers. Hoesch brand is appointed the phenomenon and wins the position of Premium supplier in the wellness industry.

In July 2005, Hoesch is taken over by the shareholders of Sanplast Group (the leading Polish producer of sanitary ware). Kreuzau becomes the European headquaters of the company and its assortment is reorganized.

Hoesch takes over the Düker sanitary acrylic and shower partition section. With the takeover, Düker's worldwide brand name rights on sanitary products are transferred to Hoesch.

Hoesch and Wellness become synonymous in the sanitary ware sector.

With the Ultracryl® System, HOESCH introduces a new generation of acrylic bathtubs and shower trays to the market. Ultracryl® sets new standards in enviromental protection by being 100% recyclable. Innovations such as this, highest quality, high-end design and comprehensive service are the basis of the HOESCH philosophy.

Around 500 people are employed at the locations in Schneidhausen and Andernach. Extensive capital investments secure the copmany's advance into the high-tech future.

The company celebrates a major anniversary: 250 years ago the success story of the HOESCH company began in Kreuzau, Schneidhausen. Today the strength of the company still lies in its capacity for innovation.

New production capacities are installed for whirl tubs and whirlpools in the former Friedenau paper factory. A modern information and training centre is inaugurated in the former paper mill building dating back to 1770. This is HOESCH answer to the increasing information needs of our market partners in the bathroomware wholesale and trades sector.

Hoesch extends its range with Roman steam baths. An ancient bathing culture steeped in tradition undergoes a renaissance- in the form of a modern product.

Hoesch presents the first acrylic bathtub with whirl system. At the same time the company opens up a new dimension in fitness baths with spacious, comfortable whirlpools for domestic and public use.

Under the brand name "Sanicryl", HOESCH is the first company in Germany to produce acrylic bathtubs. This material offers HOESCH completely new options for the moulding and colouring of sanitary ware.

The zinc mill is extended by a turbine-driven double-roll stand which continues its operation up to 1972. The turbine still supplies power for production.

In Schneidhausen, Leonhard Hoesch sets up a zinc mill in the buildings of the iron-cuttiong and paper mill. Hoesch is still successful with titanium fine zinc and copper components.

A paper mill is built beside the iron-cuttion mill.